World University Rankings by MOOC Performance 2021 - Results are out

Status
Not open for replies.

Staff member
Group Manager
Coventry University (UK) has been named as the world's best university for its provision of Massive Open Online Courses or "MOOCs" in MoocLab's World University Rankings by MOOC Performance 2021.

MOOCs are educational courses which are delivered online and are open and available for anyone to enrol. MOOCs are often delivered by renowned professors from prestigious universities and they're usually free to access, making them an affordable and flexible way to gain in-demand skills.

Released today, the World University Rankings by MOOC Performance 2021 (WURMP 2021) include 200 universities covering 34 different countries across the world offering online courses on the three leading MOOC platforms - Coursera, edX and FutureLearn. This year, 14 new entrants are included in the top 200 with 255 universities evaluated in total. 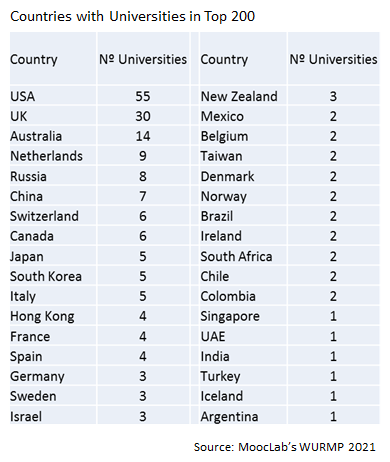 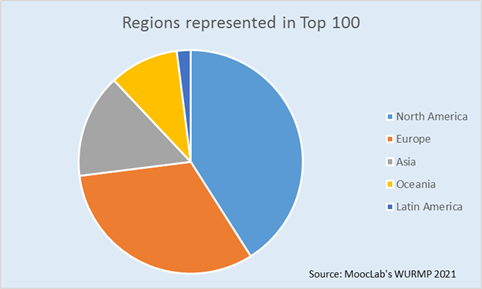 To note, some universities deliver courses on multiple platforms. 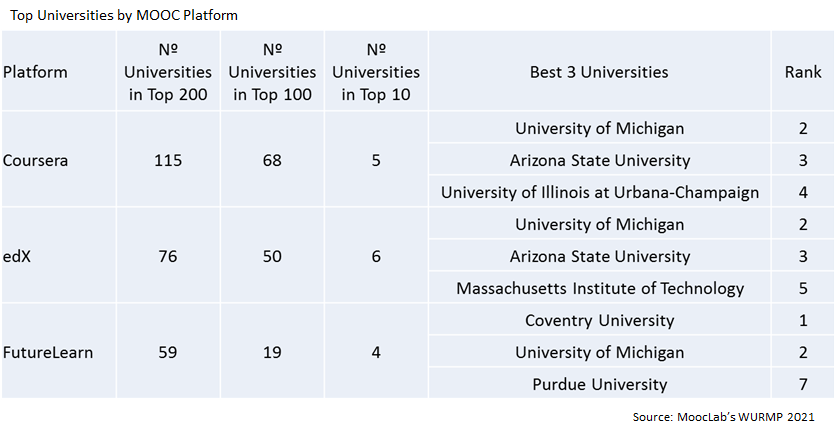 Status
Not open for replies.