Education is one of the most powerful forces in the world. It opens minds and helps people find purpose, meaning—and solutions.

The University of Wollongong was built on this principle, and in the 40 years since its independence, UOW has become a benchmark for Australia’s new generation of universities.

Employment outcomes that empower our graduates to make a lasting impact around the globe are the reason why the 2016 Good Universities Guide is important to us. For the 15th year in a row UOW has received five stars for graduates getting a full time job.

We work with academic and industry partners to solve the world’s toughest problems, from food security and economic turmoil to climate change and disease. UOW’s 127,000 alumni are also making their mark on the world, as leaders in business, IT, engineering, the arts, science, medical science, law, education and more.

As the Australasian member of the University Global Partnership Network, the University’s strong international outlook is demonstrated by partnerships with peers and industry, government, and community based organisations around the world.

The University of Wollongong in Dubai celebrated its 20th anniversary in 2013, and our partners are delivering UOW degrees in Singapore, Malaysia, Hong Kong and Thailand.

The University of Wollongong have partnered with FutureLearn to deliver online courses to learners across the globe.

Learn new skills, pursue your interests or advance your career with these short online courses from The University of Wollongong: 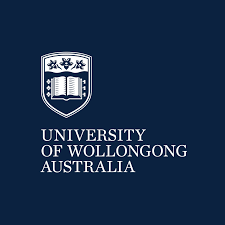